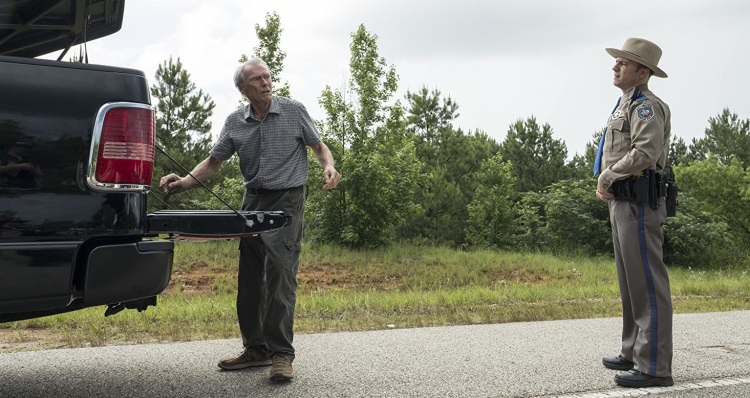 Elevator Pitch: An elderly flower farmer, Earl Stone, who has neglected his family for years in favour of his business, finds himself on hard times due to a fall in demand for his bulbs, so he more or less accidentally becomes a drug carrier on the roads between Texas and Illinois. As he becomes more successful his financial situation improves. He buys back his home from the bank and gets a new truck, as well as helping out the local veteran’s community. But things are not going well in the cartel where the leader is assassinated, resulting in a change in Earl’s circumstances and meanwhile the DEA are on the case.

A View: This outing has been quite well liked by the critics, although some raised an eyebrow at Clint awarding himself two threesomes with well formed young women. Nevertheless it achieved 70% on Rotten Tomatoes. My wife thought it was a bit clichéd  and it was, and if I was getting picky Mr Eastwood forgot to shuffle some of the time. But it is still a perfectly worthwhile couple of hours of light entertainment, so worth the cost of a download.

A View: I keep my eyes open for interesting cars in film, which may just incidentally be leaning against the curb. The drug cartel boss has an E-Type Jag, an Austin Healey 3000 and an AC Cobra in his driveway.