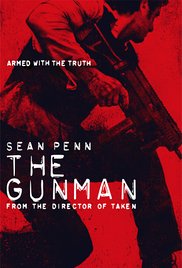 Eight years after carrying out the assasination of a DRC minister, a former special forces soldier is working in the Congo drilling wells, when he is attacked by gunmen. He survives but must travel to Europe to question his former contacts, one of whom has married his girlfriend, in order to find out the reason for the attack. He has information and must use it in order to keep the former girlfriend alive and his own survival more likely.

We are introduced the the distressing situation in the Democratic Republic of Congo, an assassination takes place, the gunman travels about in Europe and there follow a number of firefights with a variety of firearms and edged weapons in a variety of Spanish locations, which he survives but only just. The finale takes place during a bullfight. There is a bit of drinking, quite a bit of smoking some almost nudity and implied sex.