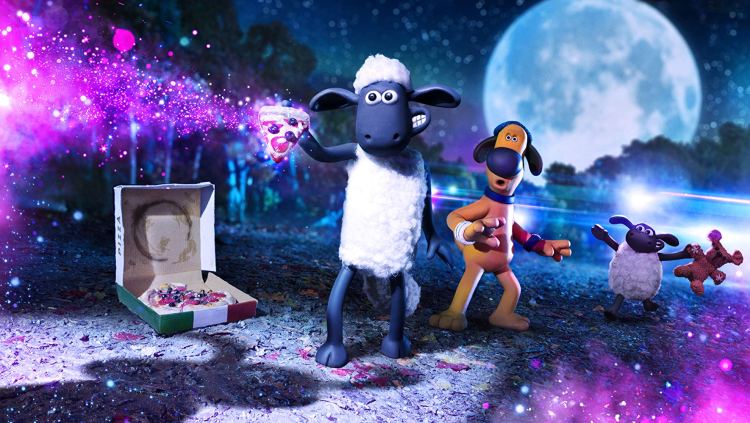 Elevator Pitch: The sheep at Mossy Bottom Farm are attempting to entertain themselves and have ordered pizza, when an alien spacecraft lands in the woods and the single occupant somehow manages to conceal itself in the delivery boy’s container and eat the pizza. But once revealed to Shaun and his fellow sheep they determine that they must help the alien to return home, helped or not by Bitzer the sheepdog, and despite the crowds who have come to see the alien theme park masterminded by the farmer.

Content: Almost constant references to alien films of the past. The sheep are lovable. The alien craft lands, witnessed by a villager and his dog and thereafter lots of things happen as Shaun tries to help the alien, which looks like an unusual form of candy with eyes and ears. There is a threat from a woman who is attempting to capture the alien driving a robot like the ones to be seen in Robocop. The main venue is a theme park “Farmageddon” full of jokes of one sort or another, including a Dalek fashioned from farm paraphernalia.

A View: This film gained 97% approval on Rotten Tomatoes – the critics would get all the film references of course, and only 33 of them chose to review it. Mark Kermode thought it was wonderful and his view encouraged my wife and I to go to a matinee at our local cinema, also attended by three others, two children and their mother. It seemed to me that the film did not actually hold the children’s attention, or ours actually. So not quite the wonderful presentantion achieved by Aadman with “Wallace and Gromet”, so don’t expect too much.

Additional Info: For those unfamiliar with Aadman’s output, it started with Wallace and Gromit, “A Grand Day Out”. See it!