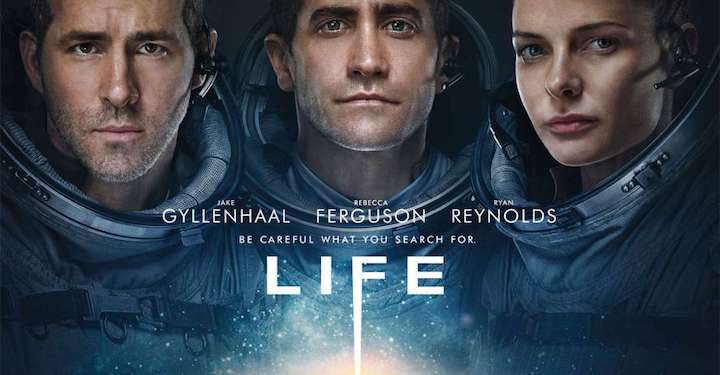 Elevator Pitch: After soil samples from Mars have been recovered from a probe at the International Space Station, one of them shows signs of life, and named Calvin by children on earth, a single cell grows into a malevolent organism with innate intelligence, and the need to feed on living matter to grow. The space station’s orbit begins to decay, and as time passes Calvin starts to pick off the six man crew. Can anyone survive, and can the creature be prevented from arriving on earth?

Content: No sex, nudity, drug taking or drinking but quite a bit of blood and gore as Calvin invades the astronaut’s space. The space station floats in earth orbit; it is a complex group of cylinders with solar panels extended. The astronauts move about inside, opening and closing hatches as they try to prevent the movement of the creature. A rescue craft arrives but its connection to the station fails and it causes damage. There is constant tension throughout. We know from the start that things are not going to end well.

A View: I saw no problem with its association to Alien. You could not develop this sort of movie without it being there, but nevertheless there are problems with the plot which made me think at one point that there must be two Calvins. I won’t go further. It is a fairly earnest presentation. I liked the space station, and it all kept me on the edge of my seat, even on the second viewing, the first at a cinema in 2017. So worth the price of a download if you are any sort of an SF fan.

Additional Info: It had quite stiff competition for audiences when it came out, and so with an estimated budget of $58 million probably broke even.