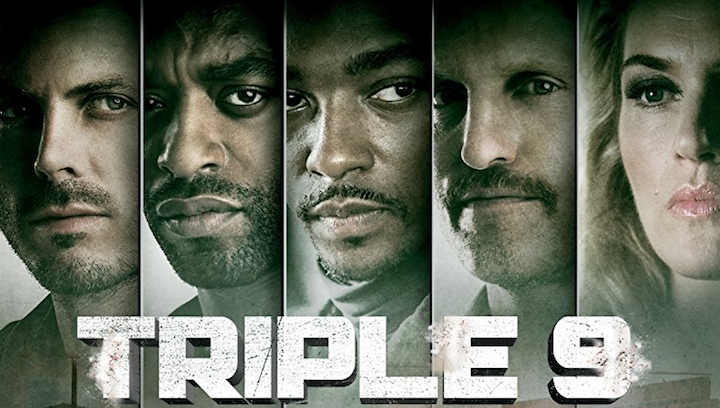 Elevator Pitch: A gang of ex-military personnel and renegade policemen are engaged to carry out a robbery on behalf of a Russian Mafia leader’s wife, to recover documents implicating her husband, she also seems to be holding the gang leader’s son as a hostage. After the success of the first robbery she requires the gang to carry out a further heist, which is even more impossible, but they determine that the way to do it is to execute a police officer triggering a 999 “Officer Down” call. But time is passing and the gang is falling apart. How will it all pan out?

Content: The first heist takes place, not everything goes well but they escape. There are meetings with the Russian Mafia woman. The renegade police take part in normal police activities, including a stunning attack on a drug gang’s hangout in the projects. The gang members suffer, including the death of one and descent into drug problems for another. A dissolute detective sergeant gets on the case. There is nudity and sexual activities in the semi-darkness of a policeman’s hangout, and a lot of shooting with all sorts of firearms, drugs, alcohol and smoking.

A View. This is almost a good movie, but honestly too complex with too many twists, and even reading the plot summaries do not really help, so just a bit of explanation. The first heist does not intentionally go wrong. The son of the gang leader is the Russian lady’s nephew and it is intended that Chris (The Casey Affleck character) is to be the Triple 9 victim. So if you know these things it might be a watch if you concentrate, possibly worth it just for the raid in the projects which is terrific.

Additional Info: It had an extimated budget of $20 million and might just have covered its production costs.