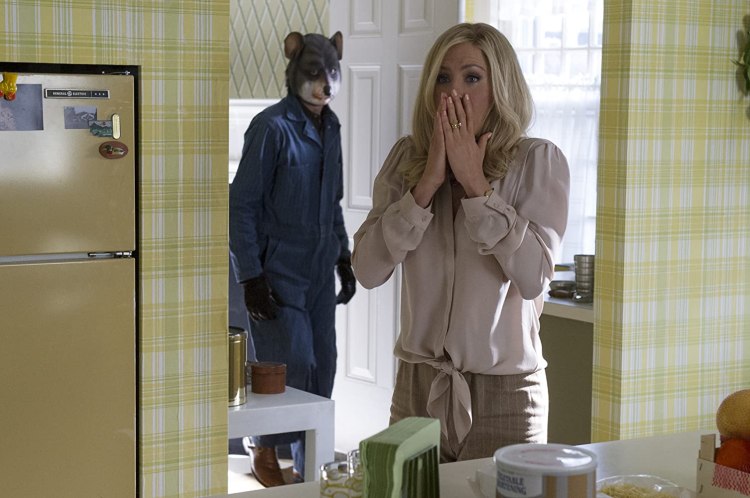 Elevator Pitch: In 1978 Detroit a couple of petty criminals, Ordell and Louis, kidnap Mickey, the socialite wife of a property developer and ask for a million dollars for her release.  Her husband is away in the Bahamas, but what they don’t know is that he is with his mistress and has the intention of divorcing his wife to marry her, so Mickey’s death would not be a problem for him. She is imprisoned in the house of a Nazi obsessed friend, Richard, who spies on her and wishes for more. Meanwhile Odell makes a deal with Melanie, the mistress to dispose of Mickey, but without Louis, who is developing feelings for their prisoner, finding out.

Content: There are a couple of quite graphic sex scenes, not involving any of the main characters but I’m not sure why. Frank and Melanie get to it as well at one point. We see Mickey being social, and then the kidnap takes place, thereafter most of the time spent in Richard’s house, as she gradually begins to control the situation. Mickey has a potential lover, Marshall, who is accidentally involved in the kidnap, and is constantly trying to erase his involvement. On the other end of the telephone (it is 1978) in an apartment in the Bahamas, Frank and Melanie are getting a grip on the possibility of Mickey being killed.

A View: This film was quite well liked by the critics but on an estimated budget of $12 million it made practically nothing. What the hell? I have seen some terrible stuff and this was a relief. It was fun and, in my view, Jennifer Aniston did a good job. Also it is an Elmore Leonard story which is always a good start, although, as one of the critics said, not one of the best adaptations of his work. So it is worth your time if you are a fan of Elmore Leonard or Jennifer Aniston, particularly if you can watch it for nothing.