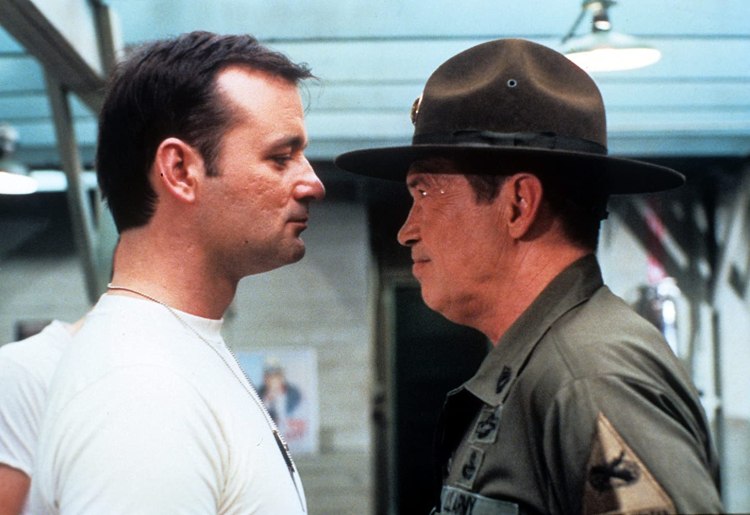 Elevator Pitch: Dissatisfied with their lives, John who as been driving a taxi, and Russell an EFL teacher decide to join the army. They join a training platoon of misfits, all of them in one way or another, unique and are the bane of the life of drill instructor, Sgt Hulka. Despite possible competition, John and Russell meet with two female military policemen (policewomen)  who rescue them more than  once from difficult situations. Later, in Northern Italy, the four hijack a disguised military assault vehicle with which they will have to rescue the rest of the platoon who have accidentally strayed into Czechoslovakia.

Content: Just a bit of fairly gratuitous nudity, although John’s girlfriend in her underpants might be to show us what a hot young woman he is losing. Also some women wrestling in mud, something we hear about but don’t often see. Other than that the first half of the film in boot camp, for fun not drama. The second act taken up entirely with the mission into communist territory, where the guys use their ingenuity and the policewomen their familiarity with firearms in order to recue the rest of the platoon. So there is some shooting.

A View: Most of the critics who reviewed this movie liked it. Roger Ebert gave it 3.5 stars.  It grossed about $86 million against an estimated $10 million budget (quite a lot in 1981). I recollect really enjoying it many years ago and so looked forward to seeing it again, but sadly it does not quite seem to have stood the test of time. Perhaps by now there have been too many “boot camp” movies so even presenting the process as a comedy is just a bit jaded. That being said, it contains all the elements which made Bill Murray as star, so probably a watch for nothing.

Additional Info: This was Warren Oates’s last film, in the role of Sgt Hulka. He died of a heart attack at the age of 53. Apparently the cast were transfixed by his stories about the making of “The Wild Bunch”.