//
you're reading...
Alternative Reality, Drama - US 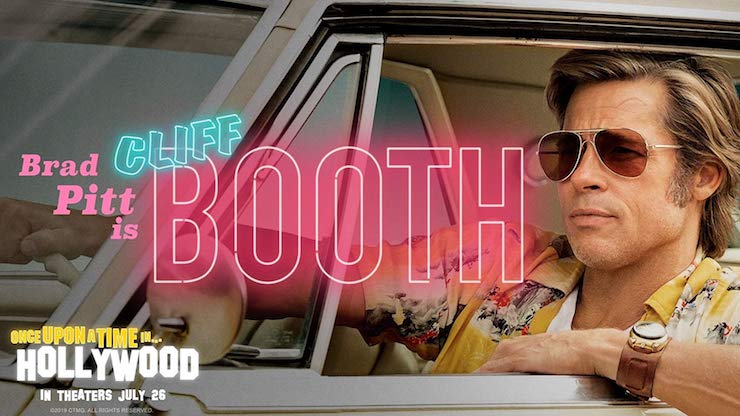 Elevator Pitch: The story follows the progress of a failing western actor Rick Dalton, and his stunt double Cliff Booth, now really reduced to being the actor’s driver. Rick is playing bad guys, drinking too much and forgetting his lines, and Cliff is driving around in a Caddy and doing odd jobs, attracting the attention of Cat, one of a group of hippies living in a former movie set in the Hollywood hills. In this universe Rick’s house is next door to that occupied by Sharon Tate and Roman Polanski, and we also follow them as events unfold.

Content: No sex or nudity, but a bit of bad language and quite a bit of drinking and smoking of all sorts. The film really consists of numerous more or less interlocking scenes, almost all of them having some relevance to the plot, although this in not obvious. Rick acts in a western, Cliff feeds his dog, they watch old movies in Rick’s house. Sharon Tate drives about in a Porsche and watches one of her own films. Polanski drives about in an MG with her. Cliff has a fight with Bruce Lee and wins, and has a confrontation with the hippies in the old movie ranch.

A View: My wife and I had the priviledge of watching this movie in an open air cinema in Chania in Crete. Without about revealing too much I can say that while I was enjoying it I was dreading the climax which was signalled all the way through, and if I was being critical it was just a bit uneven, for instance I could not undertand why we were subjected to a narrator (Kurt Russell) towards the end. About the climax – the Greeks in our cinema laughed. So well worth the ticket price, get out and catch it before it disappears.

Additional Info: Roman Polanski drove about in an MG – a TD I think, an absolute gutless wonder. Was that real, or did Tarantino just like the view from the back seat because it had a nice dashboard? Nominated in a number of categories at the 2020 Oscars. Brad Pitt won Best Supporting Actor.