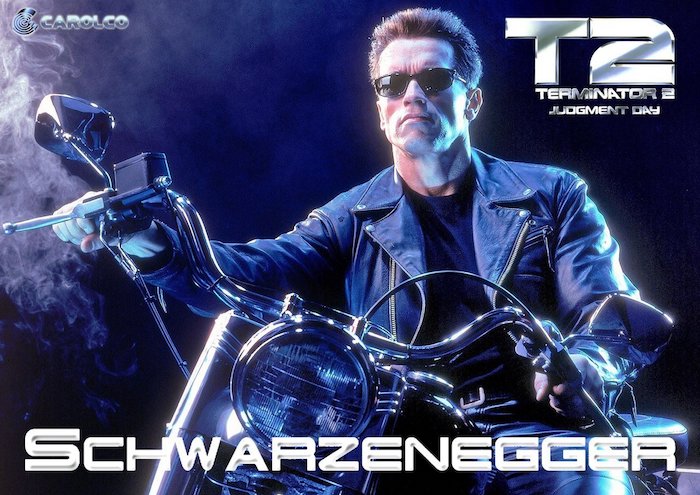 Ten years after Sarah Connor survived the first Terminator attack, the machines send back a more advanced model the T-1000 which is intended to eliminate the 10 year old John Connor. The humans send back a reprogrammed T-800, with instructions to keep John alive, and it, together with Sarah who has been incarcerated in a mental institution, due to her attempts to warn the population about Skynet becoming aware, must outrun the T-1000 and change the future.

In the dystopian future we see the machines and the humans engage in combat, in the present day the T-800 protects John during a chase in the spillways of LA, Sarah, her son and the T-800 go on the run, chased across the country by the T-1000. In the desert they recover her stash of weapons which include a grenade thrower and a chain gun. They make their way to the Cyberdyne facility which is where Skynet is being developed in order to destroy it, but the T-1000 is on their trail. No nudity or sex but a lot of firefights  and some distressing violence as the T-1000 seems to overcome the T-800.

This is terrific stuff, and for me fun to watch even though I have seen it many times over the years. I’m with everyone else since it is No 43 in the IMDb Top Rated Movie list and got 93% on Rotten Tomatoes. There is much discussion on the web as to whether this or the first Terminator film is the best. Well, I made the first a MUST SEE and this one an ALMOST MUST SEE. So if you haven’t seen either, watch the first one first and then this one, but don’t miss them.