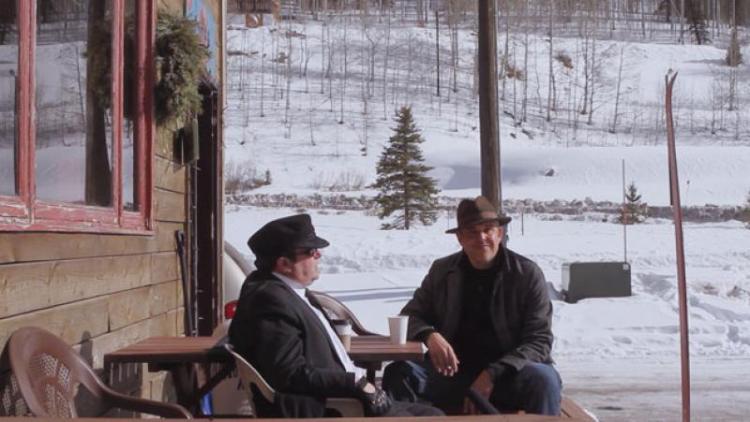 Elevator Pitch: Basil is a businessman who likes to get ahead of the game, and so on Boxing Day he abandons his family and flies to Denver to be met by a chauffeur, Nick, who has been hired to drive him around the city and its surroundings where Basil will view repossessed house with the objective of buying them from the banks. But Nick is not a very good driver, despite the peaked cap and the driving gloves, and Basil is intent on seeing as many houses as possible despite worsening weather conditions. When they stray out of GPS contact in the dark, and the car is stuck in the snow, can they survive.

Content: No sex or nudity, although they do visit a bar at one point and Nick has to remind Basil that he should phone his children, possibly interrupting his ambitions with the barmaid. They drive about a lot and discuss the misfortunes which resulted in the houses being available. Gradually they seem to develop a sort of camaraderie, but neither of them are aware of the increasingly dangerous situation.

A View: This film was well liked by the critics, as the third Tolstoy story set in modern times by Bernard Rose, but not enjoyed so much by the general public. Actually it follows the original fairly closely so it is not that ingenious, but it was still engrossing, as we become aware of the difficulties the duo face, while they seem to be totally  oblivious. So definitely a watch for nothing if you enjoy small scale productions.

Additional Info: According to IMDb the film has only taken $12,792 at the box office, so it has probably not covered its production costs.