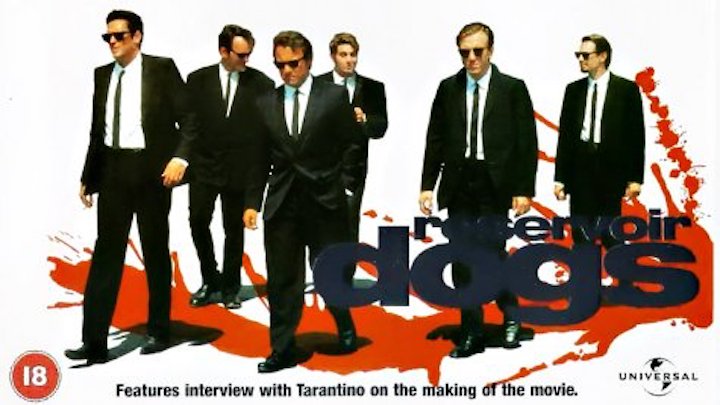 Elevator Pitch. In the aftermath of a diamond robbery the participants gradually begin to assemble in an abandoned warehouse. One has been shot in the gut and is semi-comatose, two others argue; they believe that they have been set up because the the police arrived rapidly after the alarm and they were forced to shoot their way out. When a fourth member of the gang turns up with a policeman in the boot of his car they believe that they may be able to discover the truth.

Content. It is revealed that the six robber have been assigned names after colours. Mr Orange is the injured man, Mr White and Mr Pink, the two arguing, and Mr Blonde the one who arrived with the policemen. There are flashbacks which reveal how the recruitment took place, how the men are named and why the police arrived so soon, and some moments in the escape from the scene of the crime and, in the present, the torture of the policeman. In addition to the torture – very graphic – there is some shooting. They smoke a lot.

A View. This is a very well known film which I had not seen until the other day. It is said that the actual robbery does not feature because they could not afford it, but in order to place it in the narrative there is a lot of shouting, which I’m not keen on. Nor am I keen on torture and “Stuck in the Middle with You” will now never be quite the same again. But even so if you are an enthusiast it is essential viewing as the first of a series of iconic movies.

Additional Info. Said to have been made with the assistance of Harvey Keitel, for $1.2 million. It did make money, though not a lot, however it has since become a cult favourite.